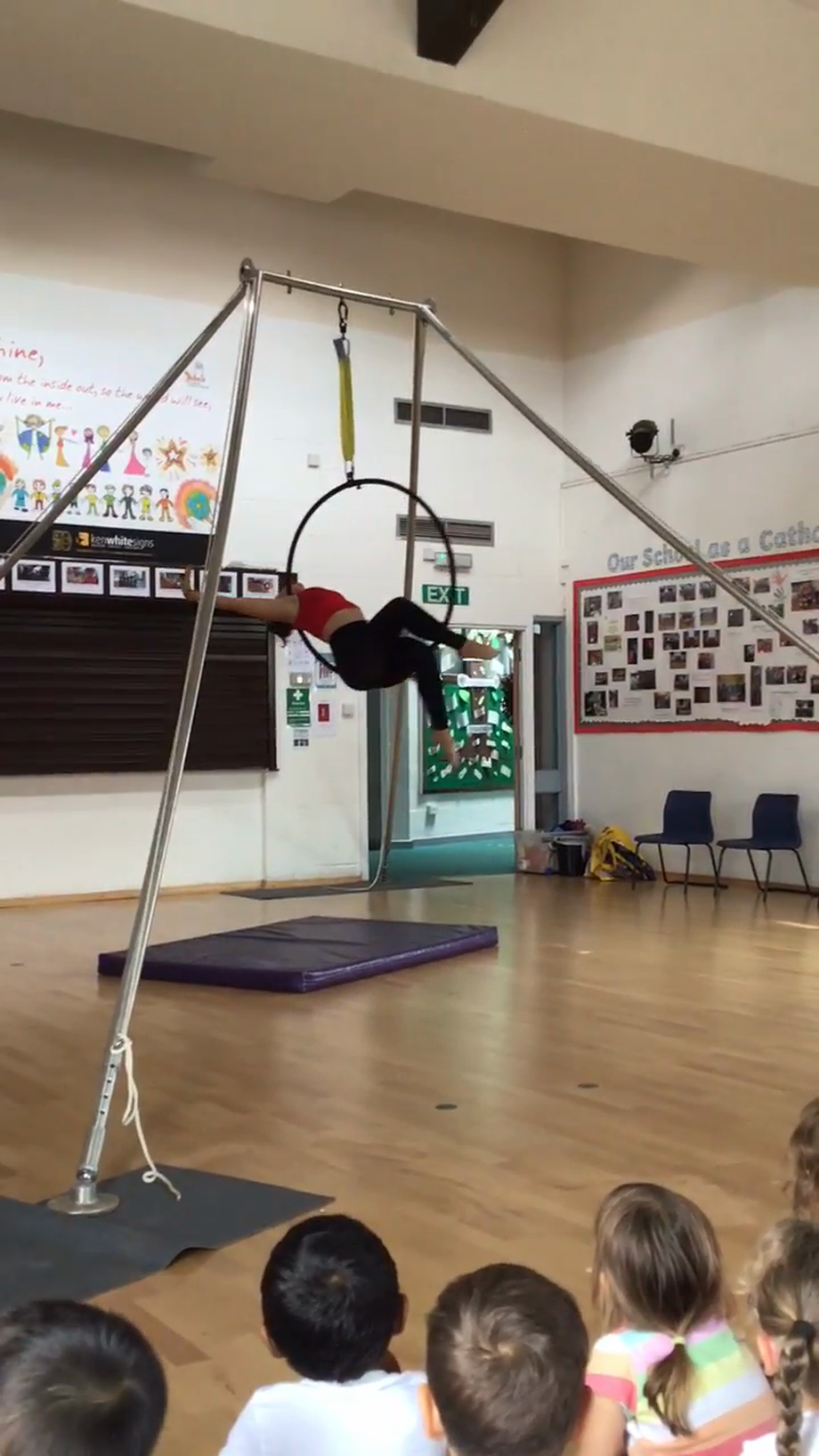 Key Stage One enjoyed watching a circus demonstration by aerial performer and stilts walker Sophie. The children participated in a carousel of circus skills including Diablo, stilt walking, juggling and hula hooping.

Year 4, 5 and 6 Girls Football Tournament - The year 4, 5 and 6 girls showed excellent team spirit and determination. They decided on their playing positions between themselves and acted as a unit. They showed a high level of sportsmanship, always shaking hands and congratulating the other teams. Well done girls.

TCLP Swimming Gala- 18 swimmers from Years 4, 5 and 6 took part in the Tiverton Learning Community Swimming Gala. Not only was the result fantastic (2nd place), but the team spirit and camaraderie was amazing too. They encouraged and supported each other through every single swim and made us very proud. Well done to everyone who took part.

With stunning success, on Wednesday 11th July we sent two teams to compete at the regional Kwick Cricket Festival at Knightshayes. Our students did brilliantly: the standard was incredibly high – we competed against several players of County standard! Highlights included Dylan, Year 3/4, taking a consecutive hatrick of wickets and the Year 5/6 team winning a thrilling game by a single run. We are proud to say, that with both our teams making it to their respective grand finals, thanks to the children’s efforts, we were the most successful school! Although both teams went a step further than England, with agonising defeats at the last, both teams had to settle for second place. Great work everyone!

Year 4 and 5 girls had a great time at the football tournament. Although they did not come first, their teamwork, enthusiasm and resilience meant they won the 'most inspiring team' award.

The children had a fantastic week of sporting activity to raise money for Sport Relief 2018. We are delighted to announce that, as a school, we raised an incredible £370. Thank you to you all for your support with raising this money.

Golden Table for the Sports Crew

Year 2 have really enjoyed their forest school lessons this half term. For their last forest school they had lots of fun creating mud paintings, making swings and trying to throw mud balls at the target board. At the end they enjoyed making some delicious smores. They melted marshmallows on the fire and then squeezed it between two chocolate biscuits!

"I liked doing lots of climbing."

"I liked digging and finding treasure."

"I liked going on an adventure."

"I liked painting with mud."

"I liked lighting a fire."

On Tuesday 23rd January, 12 year 6's went to a tag rugby tournament on the astro turf at Tiverton High School. We finished in 3rd place but played as an excellent team! In total we played 4 games - we won 1 game and lost 3 but they were really tight games. One game was so close that the referee decided the first one to score was the winner. We had great fun!